Selective serotonin reuptake inhibitors (SSRIs) are one of the most commonly prescribed groups of medications. SSRIs typically treat depression, but they may also be used for anxiety-related conditions like PTSD.

If your doctor has prescribed an SSRI, you may have questions about how this medication works, and whether you should be concerned about potential side effects. You might also wonder whether these drugs are addictive and which one is best for you. Here’s a look at what you need to know about SSRIs, including a list of common SSRIs.

SSRIs are a group of antidepressant drugs used to boost a patient’s mood. As a result, doctors widely use them to treat depression, including moderate to severe cases.

Some patients take SSRIs for other reasons. In addition to depression, doctors might prescribe them to treat other mood-related disorders, like anxiety or bipolar disorder. SSRIs are also used to treat bulimia, post-traumatic stress disorder (PTSD), and premenstrual dysphoric disorder (PMDD). At times, doctors prescribe SSRIs off-label to patients who suffer from chronic pain or insomnia.

How Do SSRIs Work?

SSRIs work by altering serotonin levels in the brain. Serotonin is a “feel-good” neurotransmitter that plays a role in mood regulation and carries signals between nerve cells. With an SSRI, serotonin is quickly absorbed into the bloodstream, making it more available in the brain. As a result, SSRIs improve the rate at which messages make their way between neurons.

There is a link between low levels of serotonin and depression. By boosting the amount of serotonin that remains available, depression symptoms may resolve. 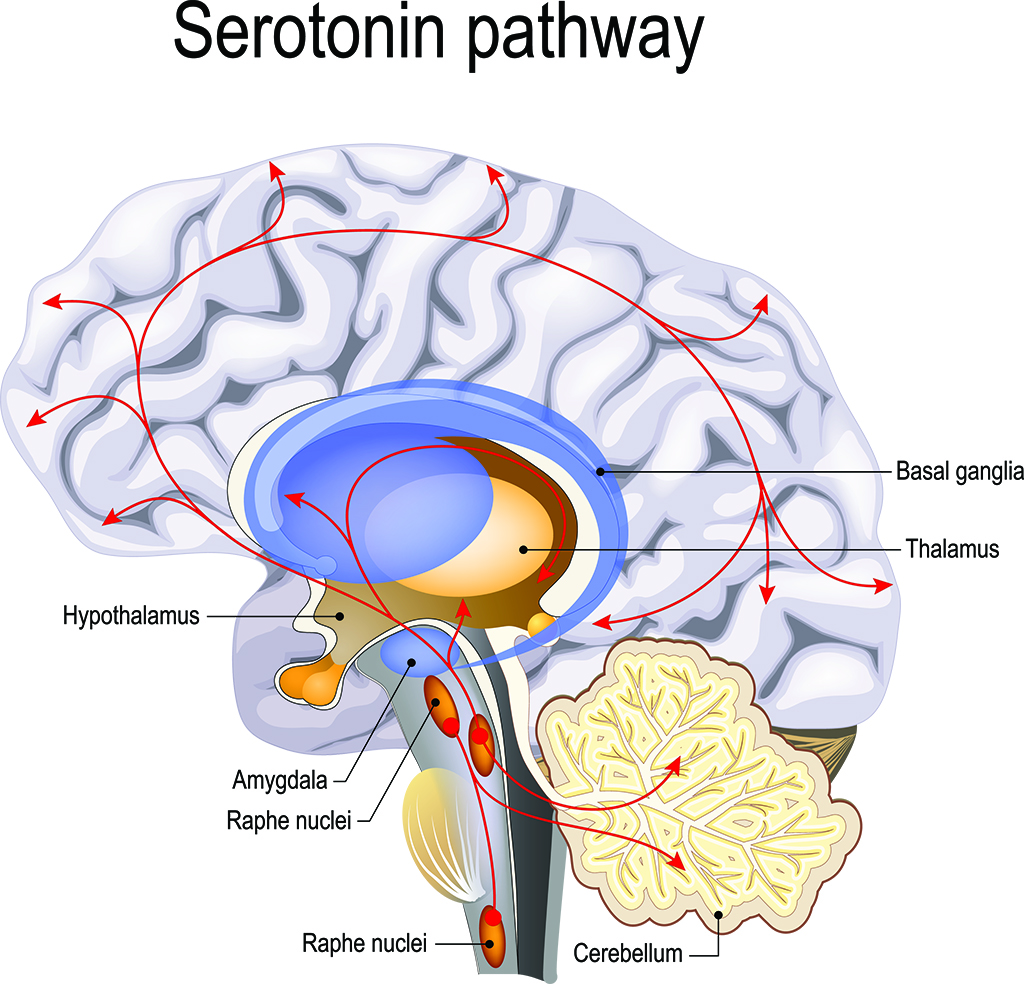 Most of the side effects associated with SSRI medications are fairly mild. The common ones include:

Some patients may not experience any notable side effects. However, others may end up with several. If you are taking an SSRI and end up with any side effect, it’s wise to inform your doctor. That way, you can both determine if the medication is the best choice for you based on that new information.

Can SSRIs Be Dangerous?

Primarily, SSRIs are considered relatively safe, usually causing fewer side effects than other forms of antidepressants. However, that doesn’t mean there aren’t risks.

Certain drugs (including over the counter medications and herbal supplements) can interact with SSRIs. At times, these will only impact the effectiveness of the prescription. However, some are potentially dangerous. For example, an SSRI can increase the risk of bleeding, especially when coupled with NSAIDs, warfarin, aspirin, or other kinds of blood thinners.

Additionally, if the level of serotonin in the brain gets too high, it can trigger serotonin syndrome. This rare reaction most commonly occurs when a person takes more than one drug that’s designed to raise serotonin levels, including other antidepressants, St. John’s wort, and even certain painkillers. Serotonin syndrome has a range of symptoms, including:

Left untreated, serotonin syndrome can be fatal. If you experience any symptoms, call 911.

Certain SSRIs aren’t ideal for women who become pregnant. They can potentially harm an unborn baby, potentially raising the risk of congenital disabilities, or a breastfeeding child. If you become or are thinking about becoming pregnant, it’s best to speak to your doctor to go over the risks and determine the best course of action.

There are options for treating depression that don’t involve SSRIs. Cognitive behavioral therapy can be incredibly beneficial, and may alleviate symptoms without medications.

You and your doctor can also explore other drug types. There are others to consider, including serotonin and norepinephrine reuptake inhibitors (SNRIs), tricyclic antidepressants, or atypical antidepressants (like bupropion or vortioxetine). Be sure to follow the advice of your doctor and only take medication exactly as prescribed.

Physical exercise has long been associated with improved mental health in adolescents, but teens don’t have to hit the gym or join the basketball team to see the benefits, new research says. A study published this month in The Lancet psychiatry journal suggests that even light physical activity, such as taking a walk or performing daily … Continued