Need to talk to someone about addiction to weed?
Call us at 855-430-9426 to speak with a recovery specialist.

When most people think of the effects of marijuana, they focus on the short-term. THC, the drug’s psychoactive compound, acts on specific receptors in the brain, altering perception and mood. However, marijuana use also produces some long-term implications. If you are wondering about the long-term effects of weed, here’s what you need to know.

The Long-Term Physical Effects of Weed

Marijuana has the ability to alter brain development. When a person uses weed, it changes how the brain builds certain connections, including those responsible for memory, learning, and cognition. In time, the altered pathways result in notable declines in mental capability.

Additionally, weed can produce other long-lasting effects. Breathing problems can occur as smoking marijuana irritates the respiratory system, and users can become more susceptible to future lung infections. Since weed can raise a person’s heart rate for several hours, the drug may also increase a person’s risk of heart attack.

In pregnant women, weed can negatively impact fetal development. There is a connection between marijuana use and low birth weights, as well as increased occurrences of neurological and behavioral problems. When the mother-to-be or breast-feeding mother uses marijuana, the THC influences the fetus’s or infant’s brain development, increasing the risk of certain conditions. It can also affect attention, memory, and problem-solving difficulties in the child.

In some cases, long-term, regular marijuana use can result in Cannabinoid Hyperemesis Syndrome, which causes frequent cycles of severe nausea, vomiting, and, subsequently, dehydration. At times, emergency medical treatment is necessary.

To summarize, weed can have the following effects:

How Weed Impacts Other Areas of Your Life

Using marijuana regularly could also result in other issues for the user. The effects of THC may lead to a lack of motivation, causing a person to miss out on opportunities or have difficulties managing their life.

Job loss is also a risk. Many companies ban employees from using marijuana in their employment policies. In these cases, even using weed on personal time can be grounds for termination, even in states where recreational use is legal.

Additionally, individuals who report to work under the influence may produce subpar work or miss productivity goals. Additionally, they could be at increased risk of an at-fault accident due to the impairments caused by using marijuana. Being high on the job is usually justification for termination, even if a company doesn’t ban marijuana use.

Long-term weed use can also lead to relationship issues. If your weed use prevents you from connecting emotionally to friends or family, this can lead to distancing and feelings of loneliness on both sides. If your use impacts your health, motivation to socialize, or ability to follow through on social obligations, it can further strain close relationships.

Why Teenagers Are at Greater Risk Than Adults

Teenagers are at greater risk of long-term effects than adults because their brains are still developing. Since marijuana can alter that process of neuron development, the impact on teens is greater than on individuals who have already gone through that development phase.

One study showed that individuals who began smoking weed as teenagers lost 8 IQ points on average between the ages of 13 and 38. This loss persisted even if they quit using marijuana as an adult. In comparison, individuals who didn’t start smoking weed until adulthood, on average, experienced no notable IQ decline. These teens were also more susceptible to cannabis use disorder, a condition that describes continued use of marijuana even when it becomes problematic. 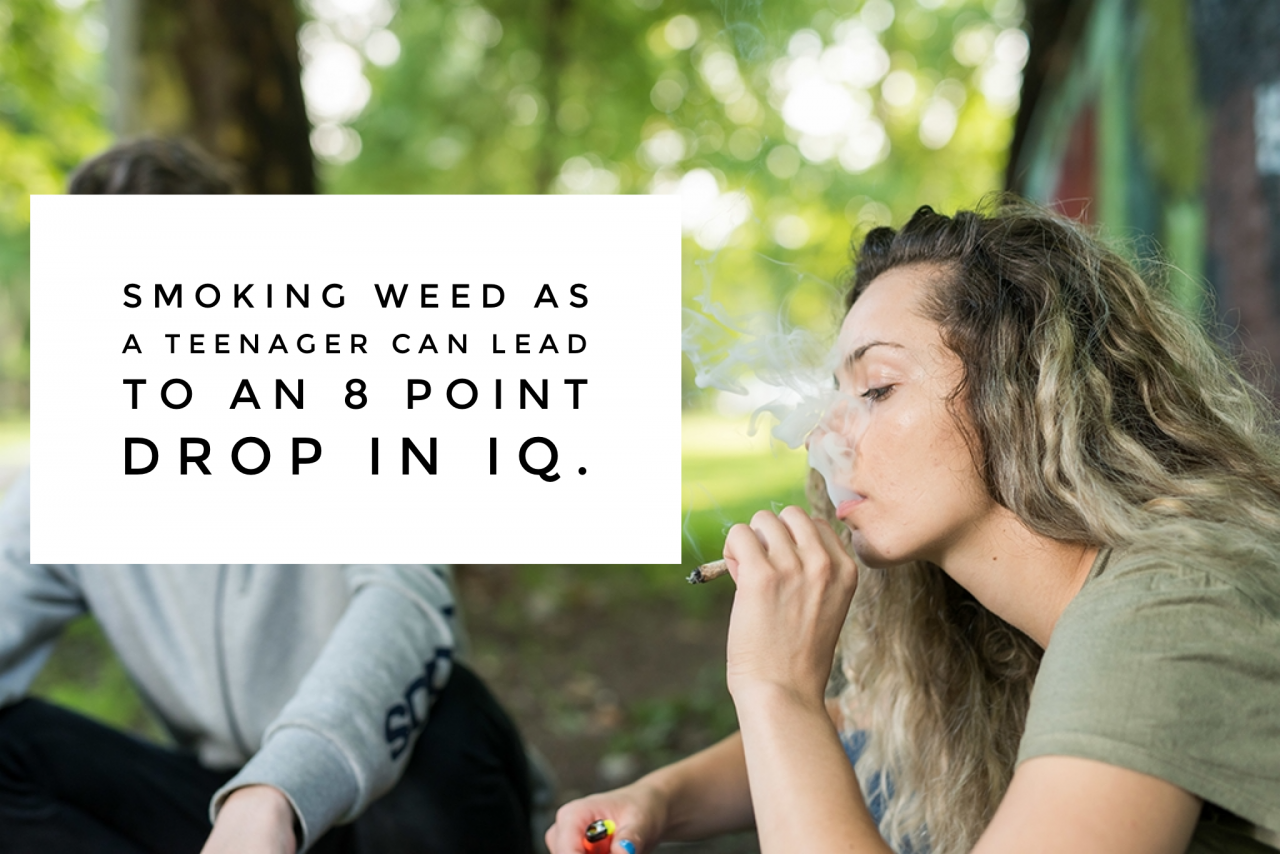 Weed is considered a gateway drug because it can lead to the use of other harmful substances. Additionally, some evidence suggests that THC can alter the brain’s reward center. This increases the likelihood of addictive behavior. However, marijuana use doesn’t guarantee a person will move on to harder substances. Of all the long-term effects of weed, “gateway use” is not as prevalent as once thought.

Have questions about addiction to marijuana?
Call us at 855-430-9426 to speak with a recovery specialist.

Is There Any Safe Amount of Marijuana?

There isn’t an official “safe amount” of marijuana. Every person reacts differently, so different amounts may constitute a problem for one person but not for another.

However, while marijuana alone isn’t associated with any teenager or adult deaths, it does come with risks. Some people suffer from delusions and hallucinations. Others experience psychotic reactions that could cause unintentional harm.

Additionally, marijuana can be addictive. This is one of the most impactful long-term effects of weed. Habitual use and a willingness to sacrifice other aspects of your life in favor of weed are signs you may be addicted.

How to Get Help for Marijuana Addiction

It is possible to become addicted to marijuana, even though the occurrence is relatively rare. If you are struggling with marijuana use, getting treatment is a wise choice. At an inpatient facility, you can detox from weed in a safe setting. This eliminates temptation and gives you around-the-clock support.

Outpatient treatment is also a great option, allowing you to move toward recovery while remaining at home. Often, this is ideal for those with a strong support system and who can easily avoid temptation. In either case, getting professional help makes a difference. Not only do you gain access to helpful tools, but you also develop knowledge that can help you build a healthy life in recovery. 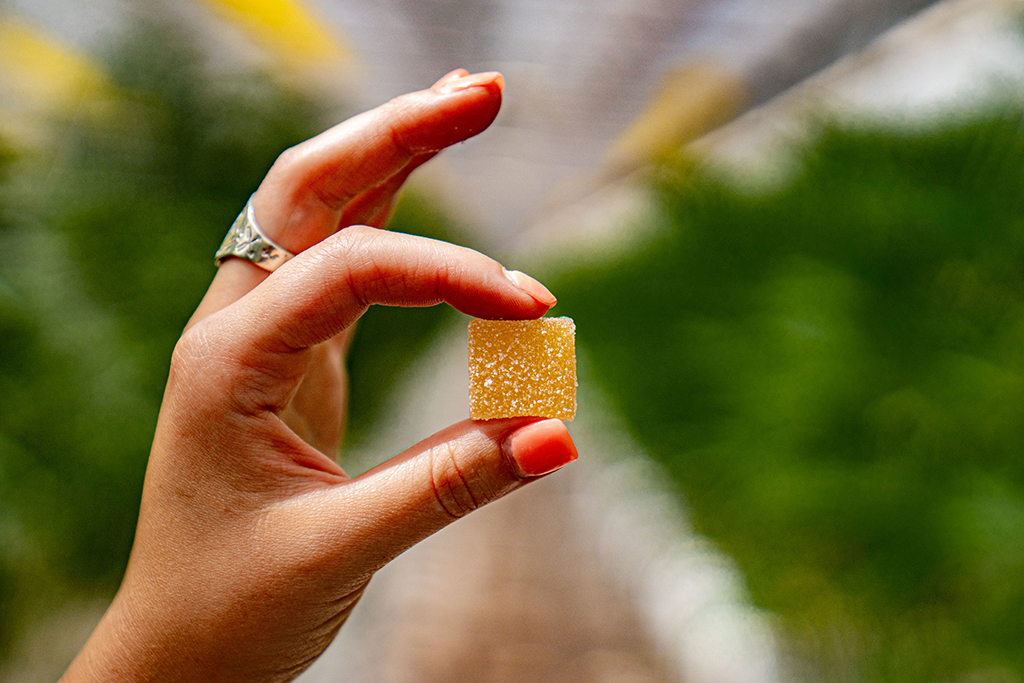 Edibles stay in your system between 3-12 days By contrast, a single marijuana cigarette stays in your system about 3 days The exact length depends on how much you consume, and whether you’re an occasional or habitual user. It can take up to 30 days for marijuana to leave your system if you use regularly. … Continued