Complex PTSD gives a name to the unwanted memories, feelings of worthlessness, trust issues and other symptoms that develop after repetitive, ongoing abuse. Here's how complex trauma differs from classic PTSD and how mental health professionals are approaching treatment.

Until recently, mental health professionals have had just one diagnosis for victims of trauma, regardless of the circumstances or duration. Everything from natural disasters to human trafficking have fallen under the umbrella of post-traumatic stress disorder (PTSD). But this mindset is starting to change. A growing number of experts now argue that the impact of repetitive trauma warrants a distinct diagnosis from traditional PTSD, leading to the emergence of a new term: complex PTSD.

Although not yet recognized by the Diagnostic and Statistical Manual of Mental Disorders, complex PTSD has become widely accepted within the mental health community as a more accurate, and more helpful, diagnosis for ongoing trauma. Below, we’ll look at how mental health professionals recognize complex PTSD and what treatment methods have proven to be the most effective.

What Is Complex PTSD?

Complex PTSD, also called complex trauma or C-PTSD, results from persistent, repetitive abuse over time. Unlike traditional PTSD, which can develop after a single traumatic event, such as witnessing an act of violence or surviving a tsunami, the abuse leading to complex trauma is ongoing. Moreover, it almost always takes place at the hands of another person.

Children of physical, sexual or emotional abuse are some of the most common victims. Tragically, the perpetrators are usually trusted caretakers. Survivors of domestic abuse, human trafficking, war, cults, and refugee camps are other common examples.

In each of these scenarios, the victims are exposed to trauma in an environment from which they cannot escape. Victims of domestic violence, for example, are often financially dependent on their abusers. Cult members may fear retribution or physical harm if they leave. Veterans of war have no means of “turning off” their high-stress environment. This inability to escape leads to mindsets and behaviors that are distinct from traditional PTSD. We’ll look at more similarities and differences between complex and traditional PTSD below.

Complex and traditional PTSD overlap in a number of ways. Both disorders lead to anxiety, intrusive thoughts and a feeling of needing to remain hyper-alert even in safe situations. Other shared symptoms of PTSD and complex trauma include:

Of course, there are also many differences. The repetitive abuse that leads to complex PTSD results in a host of symptoms not seen in traditional PTSD, including trust issues, a distorted sense of self, and an inability to organize thoughts.

Recognizing complex PTSD can be difficult, which is one reason it still does not have a formal diagnosis. Although some survivors display outward symptoms, such as difficulty controlling their emotions, others simply detach from the world. Individuals in this latter category may seem quiet or “spaced out,” as if they live in their own imagination.

Because it’s common to mentally escape or disassociate during abuse, many complex trauma survivors also have no cohesive memories of their trauma. Indeed, some may struggle to form cohesive long-term memories in general. This is particularly true if trauma begins during childhood. Other symptoms that may indicate a complex PTSD diagnosis include:

Sometimes complex PTSD is confused with borderline personality disorder (BPD). A fairly common disorder, affecting about 1.4% of Americans, BPD is characterized by a distorted sense of self and difficulty forming relationships. Although the two disorders overlap and can indeed co-occur, a 2014 study highlights a few important differences:

Long-term trauma can lead to a number of co-occurring disorders, including depression, anxiety, ADHD, and eating disorders. In fact, it was the sheer number of disorders occurring together in complex trauma cases that first led mental health experts to reconsider a classic PTSD diagnosis.

Complex trauma in very young victims can also lead to dissociative identity disorder, once called multiple personality disorder. In these cases, the fracturing of one’s personality that occurs during the mental escape of abuse becomes permanent.

Studies also suggest high rates of co-occurring substance abuse, particularly among adolescents. The National Child Traumatic Stress Network reports that teens who have experienced physical or sexual abuse are three times more likely to report experimentation with drugs than peers who had not experienced abuse. Without treatment, the likelihood of drug use continues. For individuals who live with flashbacks, feelings of shame, and negative self-esteem, drugs and alcohol become one of the few consistently available sources of relief until they learn healthy coping mechanisms.

Because complex PTSD develops over many years, the impact is devastatingly thorough. Dr. Diane Landberg, a psychologist who works with trauma survivors, uses the analogy of having been “marinated” in trauma. For children who suffer complex trauma, the impact seeps into every part of their sense of self.

The heightened stress experienced at an early age changes the brain chemistry and stress responses of victims in ways that have measurable consequences. This can mean that survivors of complex trauma are more likely to become abused again. Despite living in a state of hyperarousal, the disassociation that allows them to cope while being abused becomes their default state when confronted with danger, hindering their ability to protect themselves. Sufferers also experience ongoing physical symptoms, including shallow breathing, rapid heart rate, nausea and hypervigilance.

Since nearly every part of a person’s mind and body is affected by complex trauma, treating it requires a holistic approach. This means addressing all co-occurring disorders, rebuilding a positive sense of self, and reintroducing healthy relationships. As with traditional PTSD, it also involves reintroducing triggering scenarios. Mental health professionals will likely use a combination of the following methods to approach recovery:

Psychotherapy is the most common and proven method for treating complex trauma. This approach, led by cognitive behavioral therapy, uses counseling to introduce healthier thought patterns and helps patients develop coping mechanisms to manage maladaptive thoughts. This therapy is important because it helps patients process the emotions associated with their abuse, including grief, anger, revenge, and hopelessness.

Eye movement desensitization and reprocessing (EMDR) is emerging as another helpful treatment for complex PTSD. During this treatment, which is based on the belief that maladaptive thoughts result from unprocessed memories, patients revisit a traumatic event while moving their eyes from side to side, or while their psychologist taps their hand. The repetitive movements help to make memories less vivid and therefore less powerful.

Somatic therapies, such as yoga, aroma therapy, and meditation, can be particularly helpful for allowing survivors of complex trauma to feel more comfortable within their own bodies. By helping patients to reconnect their emotions with their physical senses, somatic treatments address feelings of detachment between mind and body. A somatic approach can also help victims of trauma become more receptive to treatment in general, particularly if they have tried more traditional forms of treatment in the past that haven’t resonated.

As with many mental health disorders, the first step toward recovery is simply deciding to get help. This can be more difficult for complex trauma victims than those who have experienced traumatic events. Recent studies show that survivors of complex PTSD receive less social support than those with traditional PTSD, leading to fewer people feeling comfortable seeking treatment.

You can help someone who experiences symptoms of complex PTSD by simply encouraging the first step toward treatment. Through the methods described above, many trauma survivors find healthy ways to cope with their symptoms and, over time, relief from intrusive thoughts and memories. 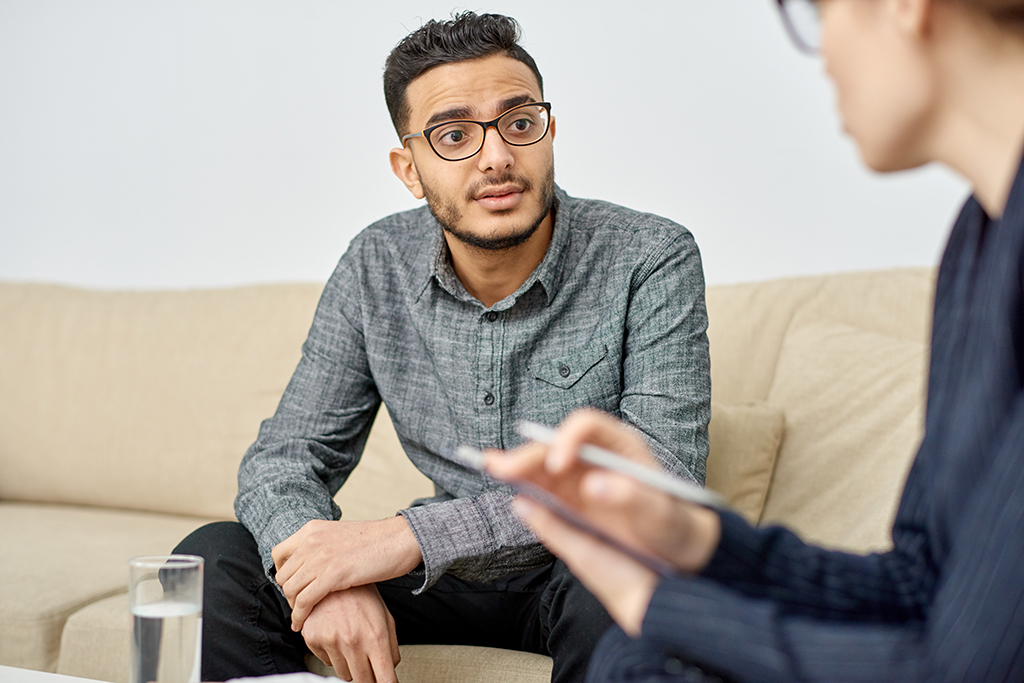 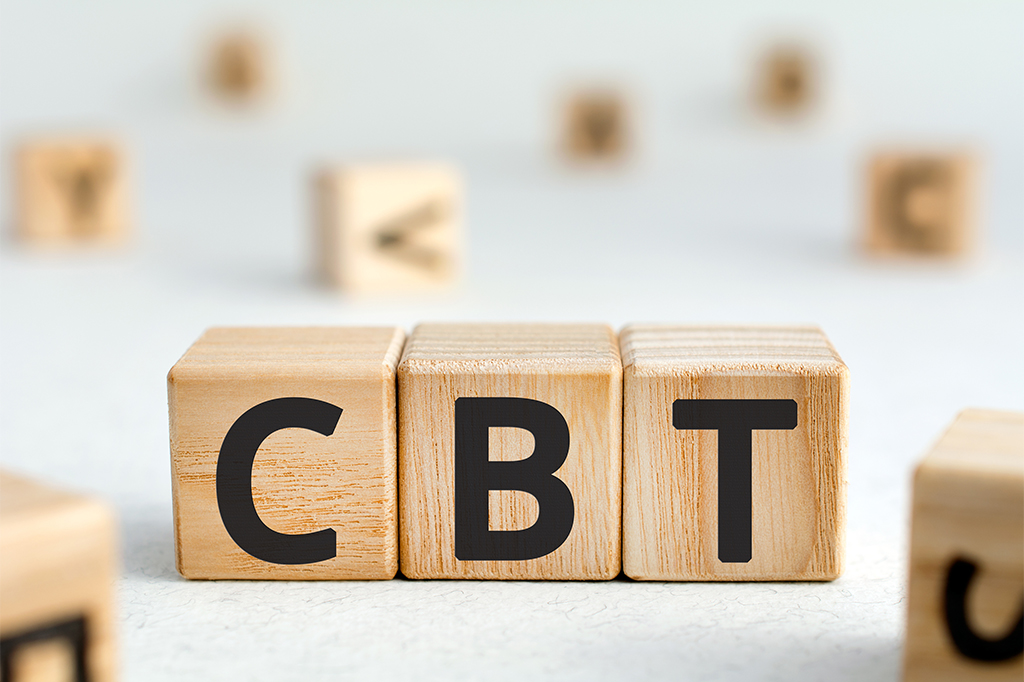 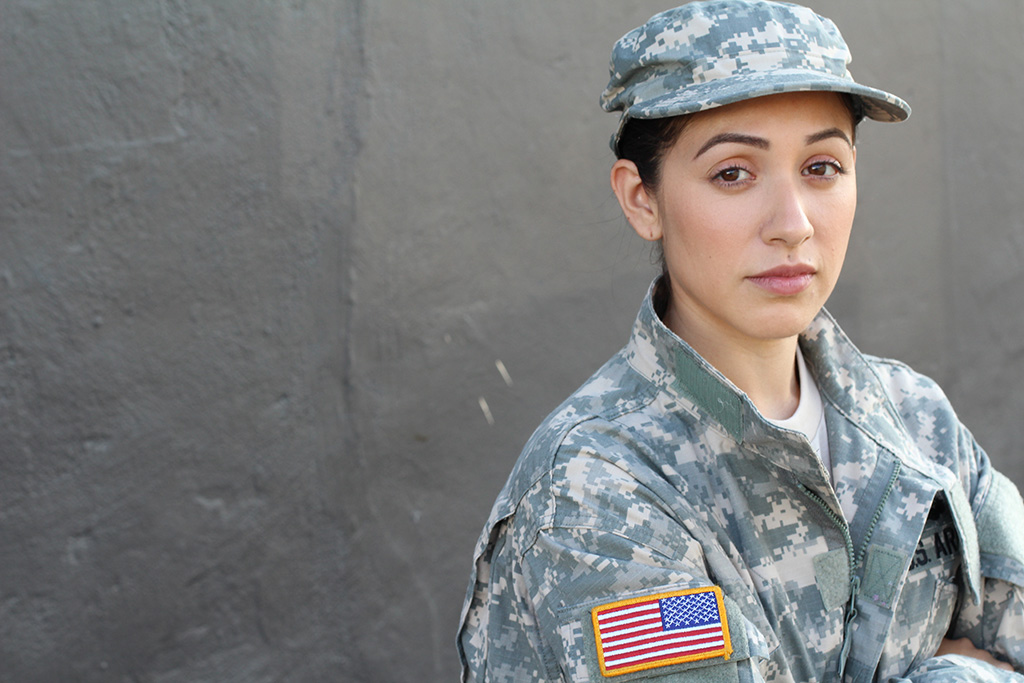 Fighting The War At Home – PTSD and Substance Abuse Among Veterans

Have questions about PTSD? Call us at 855-430-9426 to speak with a recovery specialist.   Veterans and PTSD: An Overview  Although we have long known that combat exposure can trigger post-traumatic stress, recent statistics about veterans who have returned from Iraq and Afghanistan are startling: 1 in 5 of these veterans suffers from PTSD. Lacking … Continued

As we brace for more social isolation and uncertainty, online mental health resources have become a lifeline for relieving anxiety, staying connected to friends, and even finding ways to exercise. We’ve gathered the best apps, communities, forums and relief resources for weathering the storm physically, emotionally, and financially. Many of these organizations also provide opportunities … Continued