Cheap, legally manufactured, and widely available, synthetic marijuana — known as K2 or “Spice” — is one of the fastest-growing drugs across the United States, leading to devastating effects for users and their families. Sold as potpourri in corner delis for as little as $5 a packet, the drug circumvents regulation with the label “not for human consumption.” Increasingly, the highly addictive substance has been found in vape cartridges sold as CBD oil, and also in marijuana edibles. Here’s what you need to know about how K2/Spice affects users, and how you can avoid it.

What Exactly Is K2/Spice?

Designed to mimic the effect of cannabis, K2 refers to shredded plant materials that have been sprayed with chemicals that create an instant high. Although often called “synthetic marijuana” or “fake weed,” these terms are misleading. Unlike cannabis, which refers to a naturally growing plant, K2 is a lab-made compound that changes with every batch. Users primarily smoke the product as “joints,” but it also comes in liquid form to be inhaled as vapor. Described as having a “numbing” effect, the drug eliminates all physical and emotional feeling, leaving users unable to stand or speak. When the drug wears off, users describe nausea and a flood of unpleasant emotions.

K2 manufacturers stay one step ahead of lawmakers by constantly altering the chemical makeup, which makes the drug difficult to monitor and even more difficult to regulate. Even after an amendment that added 36 compounds to New York state’s controlled substance list, the drug continues to legally appear in corner bodegas. Sold in packets targeting teens and young adults with names like “Scooby Snax” and “Mr. Happy,” K2 comes in kid-friendly flavors like bubblegum with colorful packaging. With no age regulations, kids as young as 13 are using, with teens among the largest age group for the drug, according to the National Institute of Health.

Names for the drug include:

Unfortunately, as an inexpensive and easy-to-obtain drug, synthetic marijuana has is used among wide-ranging demographics. Billed as a “safe” alternative to marijuana that standard drug tests can’t detect, even high school athletes are turning to K2. The same goes for young workers who are subject to random drug testing. The results are devastating among every group: K2 leads to lasting lung damage, heart damage, coma and even death. As three users shared with PBS, these effects can occur after a single use.

Myth: K2 is related to marijuana

Fact: Despite being called “synthetic marijuana,” K2 is not chemically related to marijuana. While there are no fatal overdoses linked to marijuana, despite the addiction problems that cannabis can cause, K2 is linked to hundreds of deaths in multiple states, prompting a warning from the FDA.

Myth: K2 is a “safe” alternative to illegal street drugs

Fact: K2 is a dangerous substance with unpredictable and potentially deadly side effects. Because the compounds change with every batch, so do the risks and potential complications.

Myth: K2 is only a problem in big cities

Fact: K2 has spread throughout the country, with the biggest concentration of overdoses in the Midwest. The drug has become a particular problem for high school athletes looking to avoid positive drug tests.

Myth: I don’t see K2 in my local convenience stores, so I don’t need to worry about my loved ones finding it.

Talk to someone about treatment options today.
Call us at 855-430-9426 to speak with a recovery specialist.

Viral videos of users slumped over benches and unresponsive on public streets have demonstrated the striking effects of K2 use. The drug leaves users unable to speak or even move as it wreaks havoc on internal organs. Side-effects include:

Even after the drug “wears off,” users report chest pain, fever, chills, heart palpitations and nausea. Some batches contain a blood thinner called brodifacoum, which can cause bleeding that lasts for weeks, according to the FDA. Doctors have also reported lasting heart damage. Ironically, athletes hoping to circumvent marijuana drug testing find themselves banned from participating in sports under doctors’ orders due to risk of further risk of organ damage.

As vaping has increased in popularity alongside CBD, some suppliers are illegally replacing natural CBD with cheap K2/Spice. Remember, synthetic marijuana is not marijuana at all. The compounds change frequently, and they can contain a host of dangerous chemicals with unpredictable results.

As USA Today recently reported, vaping cartridges sold as CBD-based have led to serious illness. A compound that put a US teen in a coma also led to 11 deaths in Europe. For those who might think these cartridges are outliers, the Associated Press recently put 30 kinds of CBD vaping oil to the test. They found that 10 contained synthetic marijuana, while others contained no CBD at all.

Unfortunately, it’s impossible to know what you’re inhaling before it’s too late. Despite regulations against selling K2/Spice in smoke shops, it still appears on shelves. And manufacturers continue to use kid-friendly packaging that makes teens feel it’s safe.

K2/Spice in Other Drugs

Vaping cartridges aren’t the only place opportunistic suppliers are injecting K2/Spice. The compound is also popping up in hard drugs. After overdose deaths from heroin surged, Canadian officials recently found K2/Spice in 30% of examined heroin and fentanyl samples, as reported by Filter Magazine. Because compounds in the drug are continuously evolving, it can be impossible to gauge the strength or danger of any single batch. And since the drug is designed to mimic other drugs, including MDMA/Ecstasy, meth and other opioids, there aren’t many boundaries for where it might appear. The Associated Press investigation, reported by CNBC, even found it in marijuana gummies.

Getting Treatment for K2 Addiction

K2 is manufactured by drug makers with an incentive to “hook” young users on their product. Synthetic cannabinoids are now up to 100 times more powerful than marijuana, making these drugs highly addictive. Withdrawal can cause irritability, headaches, anxiety and depression. Because of the physical symptoms and delicate emotional state that K2 can cause for those who have become addicted, medical supervision is recommended. In-patient treatment can help users address underlying issues such as anxiety or depression, while guiding users toward healthy habits and strategies to maintain sobriety as they recover.

If you or someone you know struggles with synthetic marijuana addiction, you are not alone. Call our team today to take your first step toward long-term recovery. 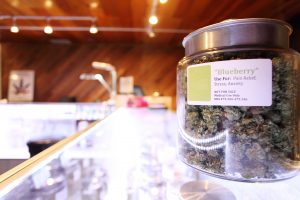 Because inhalants are typically legal products, they are a particular danger to adolescents and teens, who may find them easier to obtain than alcohol or illicit drugs. According to recent government statistics, the largest segment of users are between ages 12 and 17.