Kratom is the common name for Mitragyna Speciosa, a drug with psycho-active properties found in Thailand, Malaysia, Indonesia and Papua New Guinea. Users chew kratom leaves, grind it into a powder to make capsules, or brew the substance as a tea. Some users extract the drug as a liquid. Although people use kratom medicinally in Southeast Asia, the Food and Drug Administration (FDA) has found no evidence of its therapeutic effects. Indeed, some countries, such as Thailand, have made it illegal to grow because of the drug’s harmful and addictive properties. The FDA issued a public health advisory in 2017 about the risks of misuse and addiction after linking 36 deaths to the substance.

The psychoactive compounds mitragynine and 7-hydroxymitragynine affect the brain similarly to opioids. However, the outward effect depends on the dose. At low doses, kratom acts as a stimulant, causing users to become more alert and energetic. Users may also become more social and talkative. At increasingly higher doses, the drug alleviates pain and creates feelings of euphoria. Eventually, the drug becomes a depressant, leaving users listless and sedated. Physical side-effects may include nausea, chills, vomiting, itching, sweating and loss of appetite. The effects on the mind and nervous system are even more dramatic. These can include hallucinations, delusions, difficulty breathing, seizures and even coma or death. Users often combine the drug with others, which can also lead to overdose. The mental and physical effects start within 10 minutes of taking the drug and typically last between 2 and 5 hours.

Long-term effects include darkening of the skin, extreme weight loss, dry mouth, constipation and the need to frequently urinate. Kratom can also cause muscle pain and liver damage.

Have questions about kratom addiction?
Call us at 866-278-6311 to speak with a recovery specialist.

Kratom is not illegal at the federal level, nor is it regulated or controlled. Because of this, users can easily find the drug online, despite increasing state bans. The FDA has also made attempts to seize the substance. Between 2014 and 2016, at the FDA’s request, U.S. Marshals seized more than $5.5 million of kratom in California and Illinois from brands planning to sell it in dietary pills and therapeutic products. Both states have banned kratom. The drug is now under review by the Drug Enforcement Agency (DEA) to become a controlled substance. This has led some manufacturers to ship the substance in packets labeled, “not for human consumption.”

The biggest use of kratom, however, is in overcoming addiction to opioids, such as heroin. This has made the legality of kratom controversial. Those who have found it beneficial fight to retain access. Others have fought to restrict the addictive substance. Kratom’s role in addiction management paints a complicated picture of addiction and will affect the drug’s legality. Unfortunately, the availability of kratom due to its legal gray area still makes the drug a point of vulnerability for teens and minors. Its psychoactive and euphoric effects at the right doses have made the drug popular at raves and concerts. Education about the symptoms, side-effects, and risks of kratom is an important part of preventing addiction. Parents and friends of vulnerable teens should learn about the drug. If you hear the following terms, be mindful that they may refer to kratom:

Have questions about treatment options?
Call us at 866-278-6311 to speak with a recovery specialist.

Although kratom plays a role in opioid addiction management, the drug itself is highly addictive. Users should asses the risks of using the drug separately from any benefit it may have to those already suffering from addiction to other opioids, such as heroin. The FDA has found that users of kratom can become physically dependent on the substance in as little as six months. For expectant mothers, the risks of addiction are compounded as infants born to mothers who use kratom have shown signs of withdrawal. As the controversy continues over the place of kratom in opioid addiction recovery, anyone considering kratom as a treatment should work with a mental health professional in a controlled environment.

Treatment for kratom addiction starts with a personal assessment, including determining any co-current mental illnesses or disorders. Because of the intense physical withdrawal symptoms, it is important to work with experienced doctors. Once treatment begins, an assisted detox is typically the first step, but the full program may also include family therapy and behavioral therapy. Aftercare is particularly important for clients suffering from opioid addiction since it can take time to assimilate into everyday life without the drug. It is important to take the time needed for recovery to avoid or mitigate relapse. If you or someone you know suffers from kratom addiction, we can help. Call us to get in touch with an experienced doctor who can guide you through every step of treatment. 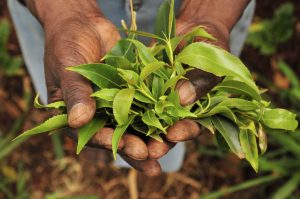 Khat is a stimulant derived from the evergreen shrub, Catha edulis. This native plant of East Africa and southern Arabia contains cathinone and cathine, two active ingredients that contribute to the psychoactive effects similar to those of amphetamines. 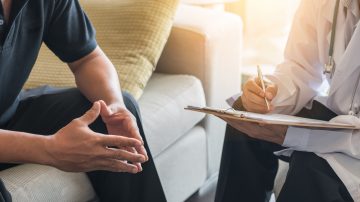 A medically assisted detox reduces the risk of relapse and overdose by placing the detoxification process in the hands of a professional. During a medical detox, a doctor assesses your unique medical needs. He or she will then develop a plan to safely reduce, and eventually eliminate, your physical dependence.