Heroin is an opiate synthesized from morphine, which is a natural substance made from the seed pods of opium poppy plants. Typically a white or brown powder, heroin may also appear black and sticky. Users call this type “black tar” heroin. Slang names include dope, smack, junk, or horse.

Most users choose to inject heroin intravenously because of the immediate and lasting effects, but some smoke or snort the drug. Whether ingested or injected, heroin creates a euphoric high that leads to intense addiction. Heroin binds to opioid receptors in the brain, triggering the parts of the brain responsible for pleasure. However, these parts of the brain also control important bodily functions, such as blood pressure, breathing, and arousal. This is one reason why heroin use can be so deadly. Injection makes heroin addiction even more dangerous because needles lead to the risk of infection and contagious disease.

Moreover, heroin has become wildly inexpensive and available to people of all socioeconomic backgrounds, races, genders, and cultures. This has made it a widespread problem. Heroin addiction has worsened as a result of prescription painkiller addictions. People use street heroin as a last resort when they can no longer afford drugs such as OxyContin. One of the greatest predictors of heroin addiction is prescription opioid use.

Everyday in America people die from heroin overdose. Although users can overdose on heroin alone, the drug has become particularly deadly when mixed with other drugs. Cocaine, alcohol, and even caffeine can all mask the effects of heroin and entice users to ingest more, leading to overdose. Alarmingly, users may mix drugs without even realizing it. Dealers often cut other substances into heroin to meet high demand. Fentanyl, one particularly problematic additive, can be deadly.

Heroin is highly addictive and a difficult addiction to overcome, but recovery is possible. Heroin has a particularly nasty effect on the human brain, rewiring it to think it needs opiates. Heroin tolerance, which builds quickly, also means that relapse after recovery is particularly dangerous. Many users may go back to their old dose, only to find it is way too much, then suffer an overdose and even death. The initial high of heroin is often the most potent memory. Many users spend the rest of their days attempting to reach that first initial high, destroying their lives and bodies in the process. Heroin addiction can develop quite rapidly.

Detoxing and withdrawing from heroin can be incredibly difficult and also dangerous. Detox requires proper guidance. Quitting “cold turkey” is usually ineffective and potentially quite harmful to the body. While detox is an important first step in overcoming heroin addiction, it is only the first step. If a heroin addict does not receive proper rehab after detox, their chances of staying drug free are very low. Heroin addiction treatment might require medication, talk therapy, and community support to truly have an impact on the user. Many notable celebrities and artists have struggled with heroin addiction all their lives. Many died young as a result of their addictions. Heroin dependency in the US has doubled over the last decade. Many suburban and rural communities have reported drastically increasing numbers of heroin related deaths as well.

Heroin addiction can quickly spin out of control. Below are signs of a developing or already present problem.

Any of these signs can indicate a heroin problem. It is important to seek help for this person as soon as you are made aware of their addiction. Heroin addiction becomes more and more dangerous as it goes unchecked and as their tolerance to the drug increases. 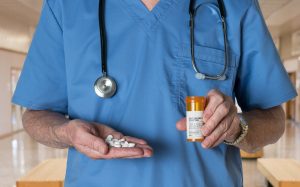 OxyContin is a schedule II opiate only available by prescription. It is used in the treatment of severe pain. It is taken orally and can either be an immediate or extended release tablet. 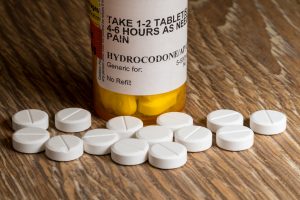 Hydrocodone is an extremely powerful narcotic that is mostly prescribed for injuries and post-operation pain.

Tramadol binds to opioid receptors in the brain, providing pain relief by re-communicating the brain’s response to the nervous system and allowing the chemicals norepinephrine and serotonin to linger for a longer than normal period, which further helps to block pain signals. The drug is similar to its opioid analgesic cousins morphine and hydrocodone.