Khat is a stimulant derived from the evergreen shrub catha edulis, a plant native to East Africa and southern Arabia. The drug contains cathinone and cathine, two active ingredients that contribute to psychoactive effects similar to amphetamines.

The United States, Canada, Germany, and the United Kingdom have all categorized khat as a controlled substance. It remains legal in countries where the plant is indigenous. Communities in Yemen, Somalia, Ethiopia, Kenya, and Djibouti have embraced the plant for its euphoric and stimulant properties. These communities enjoy khat socially, much like Western cultures enjoy a cup of strong coffee.

Khat, pronounced “cot,” is also called chat, oat, Abyssinian tea, African salad, Qat, Tohai, and kat. Users tuck fresh leaves in one side of the mouth and chew continuously, much like tobacco. The oral mucosa absorbs cathonine and cathine, creating feelings of mild euphoria and alertness, while also suppressing appetite.

Khat Use in the United States

Khat use has remained limited in America. Cities with large populations of immigrants from the Middle East and Africa, such as New York and Los Angeles, have the largest concentration of users. Men primarily to use it for the occupational purposes of staying lively and alert. Women use the plant less often for the perceived benefits of weight loss and headache relief.

Have questions about khat addiction?
Call us at 866-278-6311 to speak with a recovery specialist.

Khat’s Effect on the Brain

Cathinone, the chemical component found in khat, is classified as a Schedule I drug in the United States. Its structure is nearly identical to amphetamine. However, cathinone produces slightly weaker physiological and behavioral effects.

Cathine, the other active chemical component, is a Schedule IV controlled substance because it acts as a stimulant. Also known as d-norpseudoephinephrine and (+)-norpseudoepinephrine, it enhances the amphetamine-like effects of cathinone.

Side Effects of Khat Use

When used long-term, khat may lead to gastric disorders, depression, increased risk of heart disease and increased risk of oral cancer. Users may also have high blood pressure, elevated heart rate, and liver damage. As an appetite suppressant, the drug may exacerbate eating disorders like anorexia.

Because khat contains chemicals with the same structure as amphetamines, the signs and symptoms will mirror those of methamphetamine or cocaine. Look for hyperactivity, acute manic behavior, dehydration, and sleeplessness if you suspect that a loved one has begun using khat.

Khat is not known to be physically addictive, but as a stimulant, it holds potential for abuse because of psychological dependence. This may lead to irritability, sluggishness, depression, and mild tremors without access to the stimulant. Addicted users may also spend a disproportionate amount of their income to procure it.

In the event of khat abuse, there isn’t a formal protocol, treatment, or medicine specific to the treatment of the addiction, which makes professional treatment essential to recovery for those who suffer. There are no known major withdrawal symptoms of khat, which can make for a smooth detox process, but sufferers still need guided, professional help to overcome their addiction long-term.

The most common treatment approach is similar to that of other stimulants, such as cocaine or methamphetamine. Clients may be directed to discontinue the use of stimulant drugs, including certain medications, and they would start therapy to develop strategies and habits for long-term recovery. Because treatment may affect the use of certain medications, it is important to seek a professional, experienced treatment center that addresses the whole health of a client, including any co-current disorders or addictions.

Because khat is a culturally used and accepted substance, the approach to abstaining from it would be done so with sensitivity to that culture’s belief system around the drug. Getting participation from family, friends, and spiritual leaders may also be a helpful addition to overall treatment. 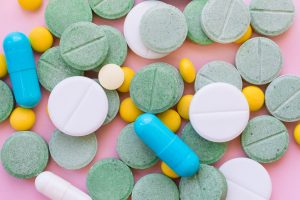 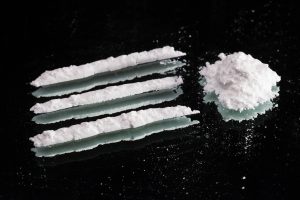