Amidst the lingering COVID-19 pandemic, more Americans are coping with antidepressants and sleeping pills.

The Census Bureau has shown that as many as one-third of Americans are suffering from clinical anxiety or depression.

Although the numbers may not be surprising, doctors fear that patients may unwittingly become dependent on addictive medications meant for short-term use. Although most psychiatrists are careful to prescribe antidepressants and sleeping pills within the approved guidelines for safe use, patients can become hooked in a shockingly short time — in some cases, as little as two weeks.

The Risks of Long-Term Use

Dr. Andrew Mendonsa, a lead clinical psychologist at Sprout, likens the withdrawal from antidepressants to recreational substance abuse. “Stopping anxiety medication often has to be treated like alcohol — through a slow and steady detox and taper down.”

Long-term dependence is also a concern. With so many people trying antidepressants for the first time, some may turn to medications like Xanax rather than facing the root of their anxieties.

“We often look to quick fixes to address our emotional pain and stress,” said Dr. Mendonsa. “Sadly, there are not too many healthy quick fixes. Instead, medications often just kick the can down the road for us to deal with later.”

Here are some of the most commonly prescribed drugs for anxiety and insomnia, their risk level for physical dependence, and what to know before taking them:

Talk to someone today about treatment for anxiety.
Call us at 866-278-6311 to speak with a recovery specialist.

If you have suffered from a substance use disorder, antidepressants can be helpful. According to the National Institute on Drug Abuse, 43% of people who struggle with addiction also have a co-occurring mental health disorder. Antidepressants can help manage those underlying issues to prevent relapse.

However, it’s important for those with a history of substance abuse to be open with their doctors about their history, particularly if they still struggle. Not only are some antidepressants addictive themselves, but taking prescription drugs with alcohol or illicit substances can be dangerous. In some cases, the combination is fatal. Speaking honestly helps to avoid unintended consequences.

Although antidepressants are an important part of managing anxiety, most doctors intend them only for short-term use. Over-prescription can lead to unhealthy long-term habits, doctors say.

“Instead of taking care of what is making you anxious, you’re much more likely to reach for the Xanax,” Beth Salcedo, former president of the Anxiety and Depression Association of America, told the Wall Street Journal. “It can very quickly become a habit.”

Turning straight to antidepressants and sleeping pills can also rob you of the chance to learn valuable coping mechanisms that can apply to other stressors, Dr. Mendonsa adds. “Learning coping skills that can be used in many situations over and over again tends to account for a more successful and sustained recovery,” he said.

If you struggle with ongoing anxiety, there are ways to manage your symptoms without antidepressants and sleeping pills.

By taking a breath and acknowledging a stressful situation, you can manage anxiety in more natural ways. 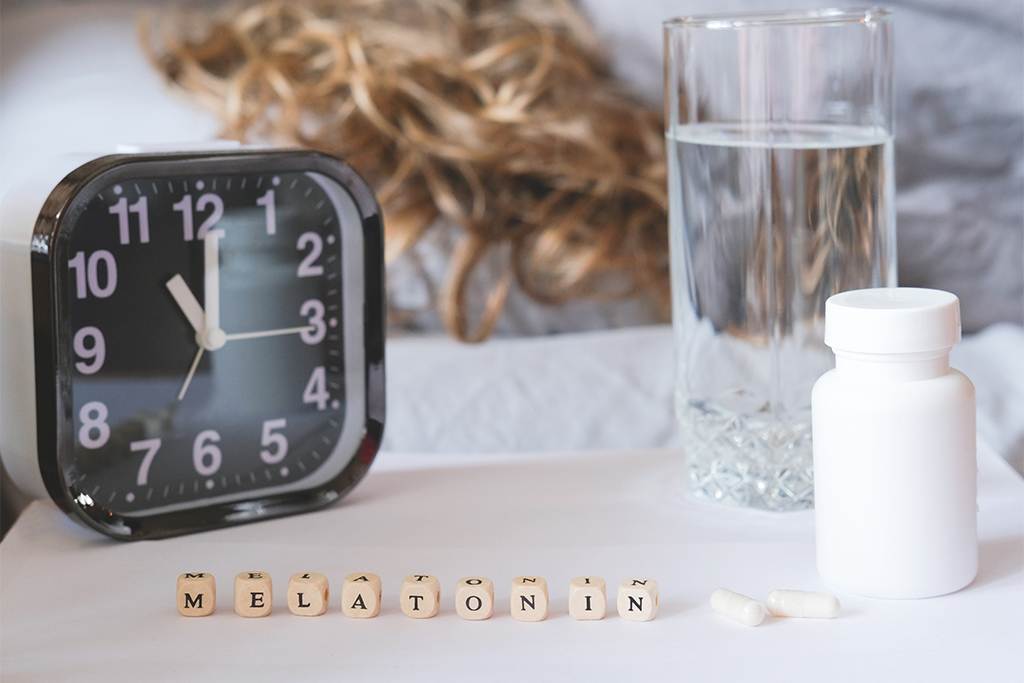 Can You Overdose on Melatonin? Everything You Need to Know

Taking melatonin can help you fall asleep, but is it possible to overdose? If you take too much of any drug, even naturally-occurring substances in the body, they can produce unwanted results. Melatonin is no exception. Here’s what you need to know about the potential of melatonin overdose, and how you can avoid it.  What … Continued

Have questions about addiction? Call us at 866-278-6311 to speak with a recovery specialist. Many people struggle with getting a quality night’s sleep. In fact, 60 million Americans have trouble getting enough shut-eye. Seeking a literal rest from insomnia, it isn’t uncommon for those battling sleep disorders to turn to medications. When used short-term and … Continued