Everyone has urges. They are simply a part of life. Most people are able to control their impulses, choosing whether or not to take action based on the potential consequences. However, some people struggle to ignore their urges in ways that damage their lives. In these cases, the outcome is impulse control disorder (ICD), a condition where the person actually can’t resist their urges.

Scientists have long recognized five impulse control disorders, described below. For the first time, some are also recognizing a sixth: Buying-Shopping Disorder (BSD). The growing global problem affects about 5% of the US population, according to Science Daily, and although the International Classification of Diseases still categorizes it as “other specified impulse control disorder”, some psychologists have argued that it deserves its own classification.

Here’s what to know about Impulse Control Disorders, BSD, and how these disorders might affect you if you have a history of substance abuse.

What Is Impulse Control Disorder?

ICD isn’t as simple as a person occasionally giving in to temptation. Everyone takes the occasional risk or chooses to indulge from time to time, though rarely are they (or anyone else) markedly harmed by the choice. With ICD, that isn’t always the case.

When a person has ICD, they follow through with urges regardless of whether or not they cause harm to themselves or another person. Usually, individuals with ICD have trouble controlling their emotional responses and behaviors, even when those responses aren’t appropriate or can lead to negative consequences.

Have questions about impulse control disorders?
Call us at 866-278-6311 to speak with a recovery specialist.

Impulse Control Disorder is broken down into categories, based on the nature of the person’s compulsions. The five main types of impulse control disorder include:

With Intermittent Explosive Disorder, the person experiences impulsive, angry, and potentially violent outbursts. Usually, the reaction is overblown in comparison to the source situation. The condition can be highly disruptive to relationships. It can also lead to significant distress, work or school issues, and even legal troubles.

Oppositional Defiant Disorder is marked by a problem with authority. A person with ODD might ignore rules to the point of being disruptive. They may ignore authority figures or fight against them, even when doing so is harmful. It isn’t uncommon for a person with ODD to be frustrated or resentful when given instructions, or for them to blame others when things go wrong.

A Conduct Disorder is a mental disorder that involves persistent behavior contradicting societal norms. It could manifest as a tendency toward rule-breaking or inappropriate reactions when provoked. The disorder, typically diagnosed in childhood or adolescence, affects more than 50 million people.

Kleptomania is the impulsive desire to steal items, even when it’s unnecessary. The act of stealing isn’t about need. Rather, it’s about an inability to control behavior. People with kleptomania often feel deep remorse for their actions, but cannot stop on their own.

Pyromania is the compulsive urge to start fires. The person may also have an attraction to fire-setting paraphernalia, such as lighters or matches. At times, the desire to set a fire centers on a need to dispel a sense of tension. As with other compulsive disorders, the condition is largely about an inability to control behavior.

Buying-Shopping Disorder, which has grown with the accessibility of eCommerce, is characterized by an extreme preoccupation with shopping for unnecessary items. Sometimes called Compulsive Shopping Disorder, the disorder includes time spent researching and coveting items at the expense of time with friends and family, work, school and other life obligations.

Anxiety, depression and other secondary mental health issues often accompany BSD, which can amplify the behavior and cause those who suffer to put off seeking help. A study of 1,441 shopping mall visitors found that those who exhibited behaviors of BSD were five times more likely to have borderline personality disorder. The same study found that compulsive shoppers were more likely to abuse drugs or alcohol.

In general, women are 9 times more likely to suffer than men, and although the disorder rarely develops in adults over the age of 30, it tends to begin in early adulthood.

When Does Impulsive Behavior Become an ICD?

Because of the nature of Impulse Control Disorders, people without it might have trouble recognizing the behavior as a mental disorder. Parents or authority figures might assume that young people with ICD choose not to control their impulses. Similarities to other mood disorders can complicate the issue. For example, compulsive shopping is also a behavior associated with the manic phase of bipolar disorder. Mild symptoms of Intermittent Explosive Disorder can mimic ADHD. Impulsive behavior becomes an ICD when it persists and continues despite negative consequences.

Talk to someone today about treatment options.
Call us at 866-278-6311 to speak with a recovery specialist.

Since every case of ICD is unique, there is no universal treatment. Cognitive behavioral therapy works for many people and is often a first line of treatment. Therapy can help those who suffer create new mental patterns and healthy coping mechanisms, reducing the likelihood that they’ll follow through on unhealthy urges.

ICD and Drug Use

Impulse control disorders and drug addiction have a high rate of co-occurrence. Studies show that substance use disorders affect about 20% of people with kleptomania, one-third of those with pyromania, and up to 46% of compulsive shoppers. Moreover, between 35% and 48% of those with Intermittent Explosive Disorder also struggle with substance abuse.

Recent government studies might explain why. Researchers have found that changes in brain chemistry related to drug addiction can make a person more likely to develop an impulse control disorder.

Conversely, the stress of coping with an ICD can lead to self-medication with drugs or alcohol. Because of the similarities in underlying genetic factors, it’s often difficult to tell which came first. However, the genetic component suggests that identifying mental health disorders can lead to better treatment.

This is why it’s so important for those who suffer from substance abuse to get help at a facility that specializes in co-occurring disorders. When your co-occurring mental health issues are diagnosed and addressed, you have a better chance of long-term recovery.  When you only acknowledge substance abuse, the behaviors that led to self-medication will remain a trigger. Substance abuse treatment gives you the chance to work on all potential obstacles in a supportive environment.

When you can focus on your whole health, rather than individual symptoms, you gain a better understanding of your own mind and motivations that can help you build a happier, healthier life in recovery. 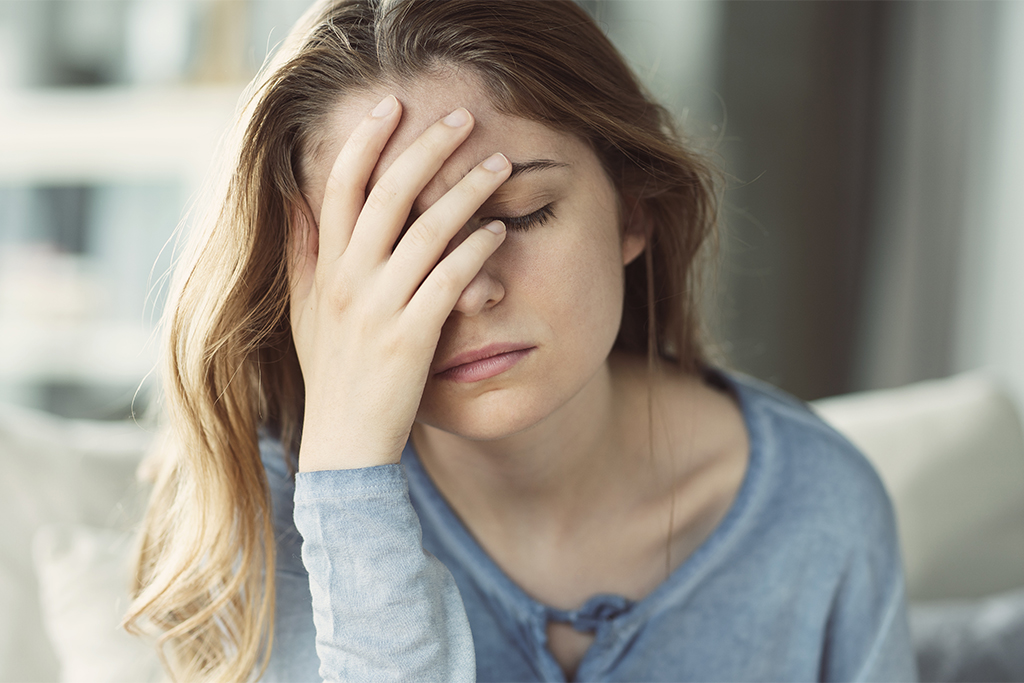 Have questions about Adderall addiction? Call us at 866-278-6311 to speak with a recovery specialist. Known as a “study drug,” Adderall is widely used for treating attention deficit hyperactivity disorder (ADHD). A controlled substance consisting of amphetamine and dextroamphetamine, it can give you heightened focus and energy — but only for a while. One of … Continued 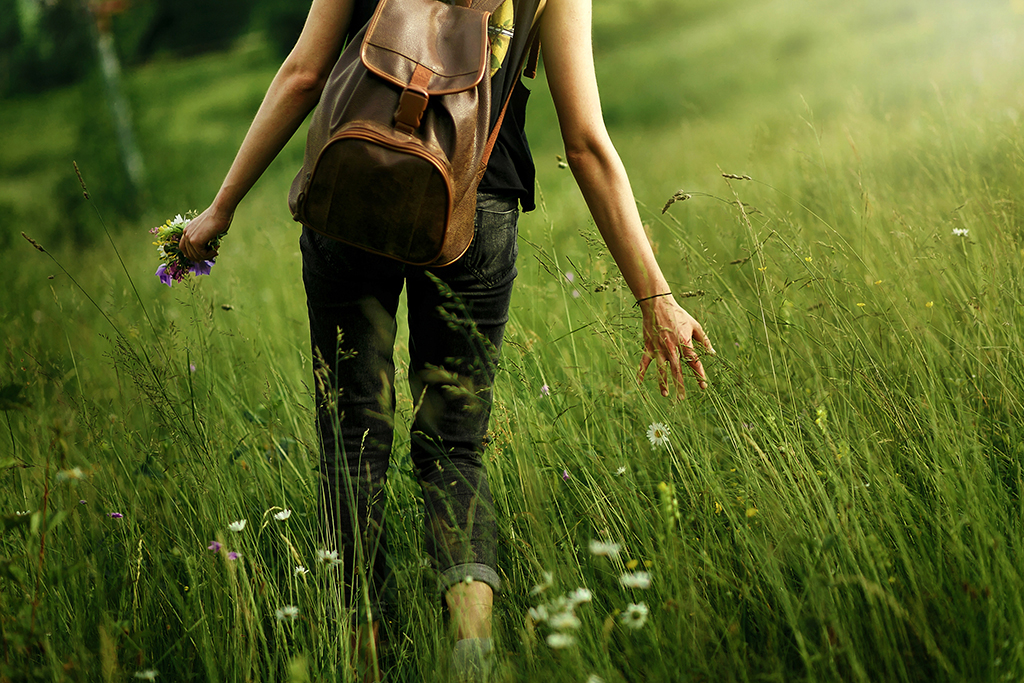 Mindfulness and addiction recovery can be a powerful combination. Here’s how slowing down your thoughts can help you heal. For many who struggle with addiction, cravings and withdrawal aren’t the only challenges on the road to recovery. The force of habit can be equally powerful. When an action becomes routine, whether it’s a daily coffee habit … Continued 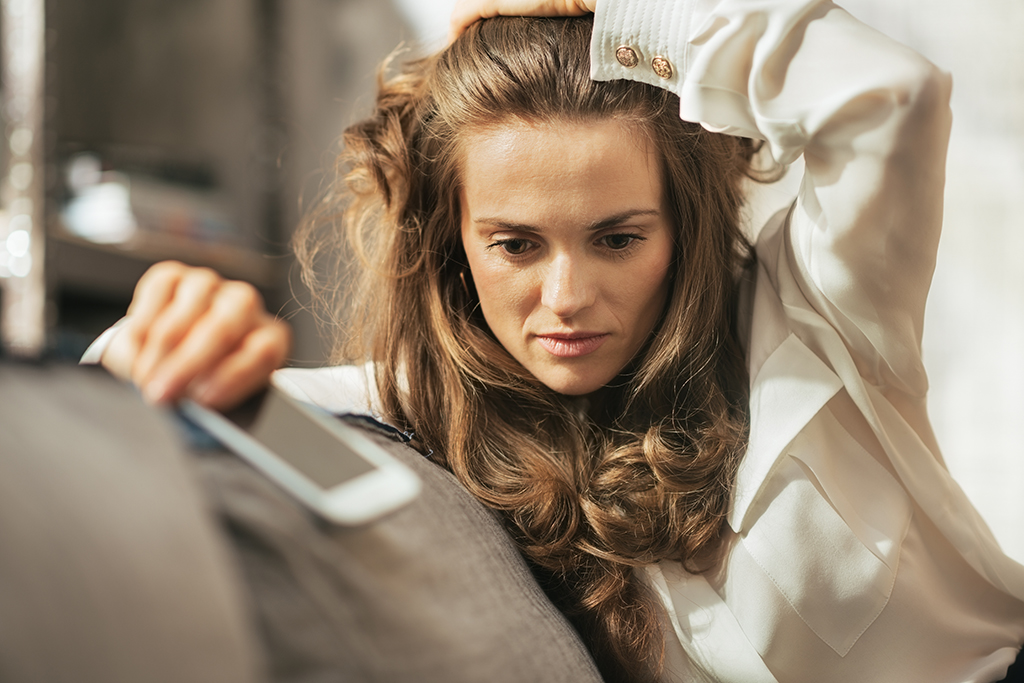 Conversion Disorder: What It Is and How to Cope

If you’ve been diagnosed with conversion disorder, the news can be hard to hear. You might wonder how it’s treated, and what you can do to improve. Fortunately, there are many healthy ways to manage your symptoms. If you or a loved one has been diagnosed, here’s what you need to know.    What is … Continued